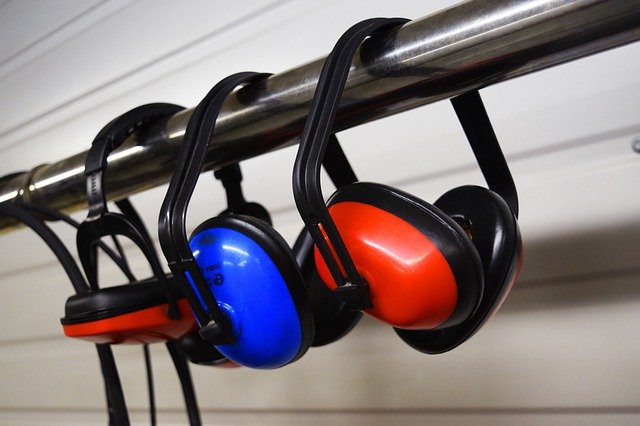 The impacts of excessive noise and noise pollution

This article has been provided by Cirrus Research and looks at the impact of excessive noise pollution.

One thing that many campaigners face is raising noise awareness among the general public. Whilst a majority of people will have heard of hearing-specific conditions such as tinnitus and hearing loss, it is less likely that they understand why noise pollution and exposure to excessive noise levels are so harmful. In this article, we look at the dangers of excessive noise and noise pollution not only on people but also on the environment.

Noise pollution, excessive noise and the effect on people

From conditions such as acoustic shock (caused by severe one-off instances of extremely loud noise) to tinnitus (which can be caused by long-term exposure to excessive noise levels), there is a whole range of health conditions that are related to noise, each varying in severity and cause, but most of which can be easily avoided. The inner workings of our ears are incredibly sensitive and delicate, and are prone to damage if not treated carefully. All noise is caused by vibrations in the air, which are picked up by tiny hairs in our ear canal and then travel to our inner ear.

Without getting into PhD-level acoustics, the louder the sound is, the larger the vibration. It doesn’t take an acoustics expert to conclude that a large vibration will cause damage to sensitive components of our ear, which is why loud noises can often be uncomfortable and in some cases, painful. Burst eardrums and conditions like acoustic shock are incredibly painful and can cause lasting damage to someone’s hearing, not only affecting their ability to carry out everyday activities, but also their overall quality of life.

Conditions such as tinnitus and hyperacusis are more prolonged in their development and are caused by constant exposure to excessive noise levels. As with damaged eardrums and acoustic shock, these conditions are as a result of damaged components of the ear, and can be caused by something as mundane as listening to loud music through headphones. Former Strictly Come Dancing judge Arlene Phillips has recently come out and spoken of her struggle with tinnitus, which she blames on the years she spent listening to rock band AC/DC. At the age 75, she has only just discovered she suffers from the condition, but has spoken in The Sun newspaper about the regret she feels for not taking better care of her hearing in her youth:

“I spent the 1980s choreographing music videos for rock bands like AC/DC. We used to work in venues from old sheds to tiny studios that didn’t have hearing protection. The music was very loud. Nobody thought about it back then. But I think that’s where my hearing damage began.

“Hearing loss is inevitable as we get older but I work full time and need to listen to music. I was anxious about wearing a [hearing] aid on TV. I thought, ‘What if they look awful or fly out of my ear?’ Thankfully it looks great.”

Thankfully, preventing tinnitus caused by loud music is incredibly easy: just keep the volume of your music at a reasonably low level. But loud music isn’t the only audible threat to our hearing. Local authorities in the UK have procedures in place to deal with noise complaints lodged by residents, caused by anything from noisy neighbours to excess noise from nearby industrial sites. It may seem that certain noises are just annoying (e.g. your neighbour’s barking dog or loud music), but being constantly disturbed by nuisance noise can cause serious health conditions.

Whilst noise nuisance is unlikely to cause tinnitus and/or hyperacusis, it can lead to conditions just as serious.

It’s the responsibility of local authorities to investigate and take action on all noise nuisance complaints and where noisy businesses operate close to residential areas, it is their responsibility to monitor their noise levels to ensure that they’re not posing a risk to local residents’ health.

Noise can not only affect us at home, but it can also affect us in the workplace. Although every workplace is bound by the Control of Noise at Work Regulations 2005, industries such as construction, mining and entertainment (nightclubs, theatres and music etc) are the most common places where noise can become an issue. The most common sources of excessive noise levels in these industries are heavy machinery, plant vehicles and loud music/instruments. It wouldn’t be possible to remove these sources from these industries as they are integral to their operation, but there are steps that can be taken to protect hearing, thereby preventing conditions like those discussed earlier.

By using the right equipment organisations can measure and monitor the noise levels in their workplaces and take steps to introduce effective personal protective equipment (PPE), such as ear defenders and earplugs. Just as it’s important to wear eye protection, high-vis jackets and hard hats, it’s important for all employees to ensure that they wear the correct PPE to protect their hearing and their overall health and wellbeing.

We’ve discussed the effect that noise pollution and excessive noise has on humans, but we cannot forget the impact it can have on the environment and the natural world.

Noise pollution, excessive noise and the effect on the environment

A recent study into shipping lane noise pollution has revealed that the mating patterns of humpback whales have been negatively affected by passing cargo ships in the area where they live.

Researchers found that whales living around the Ogasawara Islands in Japan stopped or reduced their singing in reaction to low-frequency shipping noise. This could have a huge impact on whale numbers as humpbacks rely on their songs to find a partner during mating season. The study used two underwater recorders to capture whale songs and found fewer sang within 500 metres of the shipping lane than when a ship passed through the remote area. Whales within 1,200 metres tended to temporarily reduce or stop their singing after the ships passed and didn’t resume songs for at least half an hour.

Male humpback whales can be heard singing during the mating season, both alone and in groups. Scientists say more research is needed, but evidence to date, suggests humpback whales seemed to stop singing temporarily rather than modifying the characteristics of their song around the noise generated by the liners.

The amount of research into the effect noise pollution has on our oceans is growing, which demonstrates the growing issue that noise pollution is creating on our natural world. Whilst we understand the physical effects noise has on humans, understanding the effects it has on animals is much more difficult. There are countless ways in which noise may affect animals, whether it’s their mating habits as discussed above, or issues to do with communities of animals who rely on sound to communicate and navigate becoming lost or displaced. As the cause of noise pollution, it is our responsibility to ensure that we take steps to minimise the impact excessive noise has on our natural world.

In general, noise and sound lead to great enjoyment and happiness. Laughter, conversation and music form such vital parts of our lives and to treat all noise with suspicion would be wrong. However, it is important to be aware and to stay vigilant to ensure that our health and wellbeing is protected, and to keep our environment from further harm.

The basics of good leadership in health and safety

Join and be part of a growing network of more than 3,000 HSE Professionals and experts in the field of Health and Safety who are helping to improve best practise and knowledge around the world.
Subscribe For Free

Unlimited access to all HSE videos, insights and articles

Your questions answered - By the HSE experts 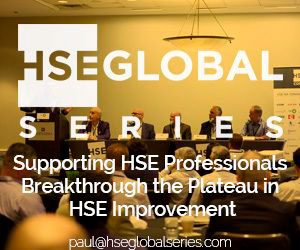