Mental health has climbed through the ranks to become one of the major areas which those who work in health and safety are focused on improving in the future. The increase in methods of protecting wellbeing and the Stevenson Farmer ‘Thriving at Work’ review both indicate that mental health is now being viewed as one of the key areas that need to be addressed when keeping people safe at work.

Whilst the common goals are the same, the way’s in which we approach the best way to improve mental health can differ. In today’s insight piece, we have a look at the key points from the interviews conducted with some key minds in the mental health field including; Dr Tim Marsh, from Anker and Marsh, Gareth Mullen of Thames Water, and Duncan Spencer from IOSH.

What is a mental health first aider?

They are usually designated as the go-to person for anyone experiencing any mental health issues. These individuals are also responsible for escalating issues where they feel someone may be seeing a serious deterioration in their mental health.

Who are the mental health first aiders in the organisation?

Different companies will take different approaches to this; however, many choose to elect those in safety leadership positions to take on the lead role. In contrast, however many different individuals can become mental health first aiders through certifications.

In our interview with Gareth Mullen, Gareth describes some of the practices and nuances that are commonly associated with mental health first aiders at Thames Water.

“I’m there for that person, first and foremost. And so the business has to have that culture of, “Yes, it’s okay for people to talk.” They need to talk to somebody, and those people need to be available. So I could be being called off to the exec for a meeting. If I get stopped, I have to stop.”

“We do have a culture for ourselves, as mental health first-aiders, that we can take that green lanyard off. That means we’re then closed. Okay, that day we might find a hard time at home ourselves. We don’t want to be listening to other people’s concerns. So the ability to switch off as well is very, very important.”

In addition to the role of mental health first aiders, we also discussed some of the physical health strategies adopted by Thames Water with Gareth Mullen that looked at developing that holistic approach to wellbeing.

“it’s about telling them that story, and you need to take them on the journey to help them understand why. So if you look at we provide personal medical assessments for our people.”

“We know we have 13 individuals who have had that test and have come to us to tell us afterwards that they have prostate cancer. Who might not necessarily have done the test. “

“Who never would have done the test, had no signs or symptoms, didn’t have a scooby they had anything wrong with them. And because we caught them early enough, they’ve all had treatment at a relatively low level, and are all here today to talk about it.”

“Now, that’s just the 13 people who’ve come forward, because we don’t know who’s had a bad result. That’s all confidential. What we do know is we’ve had 244 individuals who had signs that said they had a higher level, and therefore propensity, for prostate cancer, who were advised to go and see their GP for further tests.”

The above drive outlined by Gareth Mullen is a prime example of a wellbeing policy that was introduced that had a big impact on the business, both from a humanistic and productivity standpoint. This can be communicated to decision boards both in terms of the lives saved and the monetary savings for the company.

At our HSE UK Congress in 2019 Paul Clark sat down for a discussion with Duncan Spencer on the role that mental health first aiders have to play within the organisation. In the discussion, Duncan quoted an interesting study from IOSH which looked at the subject in some more detail.

“You know, we’ve seen a worrying increase in mental health challenges in the workplace, co-ops are looking at ways to reduce the incidents and I guess produce and provide support to their employees when incidents occur. One idea is providing mental health first aiders. I guess what I wanted to ask yourself, Duncan, is what are your thoughts?”

“Is this the magic bullet? Is it a sustainable, reliable solution to help support and reduce mental issues?”

“No, I don’t think it’s a magic bullet is my first reaction to that. We had certain research recently published at IOSH called the mental study and part of that study was to look at what mental health first aiders were being used for in the workplace and to some degree, how effective they were when they were there.”

“And the principal findings of that study and the extrapolation that comes from that indicates very clearly that while mental health first aiders have an important role to play, in their own right, they will not solve your problems, that they need to be a part of a whole. So, what you need is a full system that primarily, and which goes back to the tenets of the health and safety profession, that primarily works to prevent the causes of mental ill-health in the workplace caused by the workplace and therefore, you don’t need mental health first aiders because you’re not getting people into that situation presumably.”

“So, they become part of the belt and braces process as does an employee assistance program and so on and so forth. So in terms of dealing with mental health difficulties, I think that they have a place but they should be part of that full process. Now, that brings in other concerns and other issues that you have to think through because, of course, mental health isn’t something which is created within the workplace, or, you know, elsewhere.”

How does mental health factor in other wellbeing practices?

As Duncan states, mental health first aiders are not a ‘silver bullet’ approach that can be used to tick off the box of mental health management which is never looked at again. Other wellbeing practices can also be used but they must be adopted in the right way, with the right behavioural safety practices.

“ I mean you get the people that go to the gym anyway get to go to the gym for free. But, a lot of studies show that if there is a metric out there that senior management takes seriously, like riding bikes. People tend to ride bikes more. And you can facilitate it. I saw a very interesting study of why people rode bikes in London to work, the third reason was having somewhere safe and dry to store them.”

“The second reason was that they had a place they could shower and get ready for work if they were sweaty or wet. And the first reason was that management was interested in the scheme and checked the scores. It was effortless, wasn’t it? You get what you demonstrate you really, really want.”

“The sixth reason was that people thought it was good for their health. So, you know, there’s a lot that organizations can do to set the scene and facilitate and encourage and nurture.”

How do mental health first aiders fit into the overall wellbeing agenda?

All our experts discuss the holistic approach that is needed through a two-pronged method with mental health first aiders, this can include some of the wellbeing practices outlined by Tim Marsh that can improve overall employee health.

Equally the wellbeing strategy can also involve the health screening activities outlined by Gareth Mullen which can have a hugely positive impact on an employee’s physical health and their peace of mind.

We thank all our interviewees for giving their time to share insights with the Network and you can find the videos for Gareth Mullen, Duncan Spencer, and Tim Marsh on the HSE Network.

Is health and safety a good career choice?

How driver telematics can help to keep fleets safe

How to support employees with Fibromyalgia 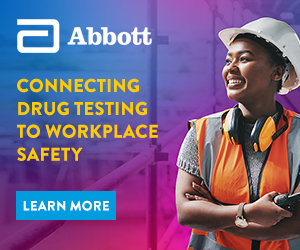