Home / HSE News / Articles / What do the COSHH Symbols Mean?

What do the COSHH Symbols Mean?

COSHH is a very important aspect of health and safety in the workplace. It defines what substances are hazardous and gives you a method for reducing their potential threat to employees and others in the workplace you may be responsible for. But what exactly do the COSHH symbols mean?

It must be stated that the names given below for the COSHH symbols do not form the official terminology. This gives some room for interpretation in regards to what COSHH category a substance falls under if it is part of a COSHH category at all. 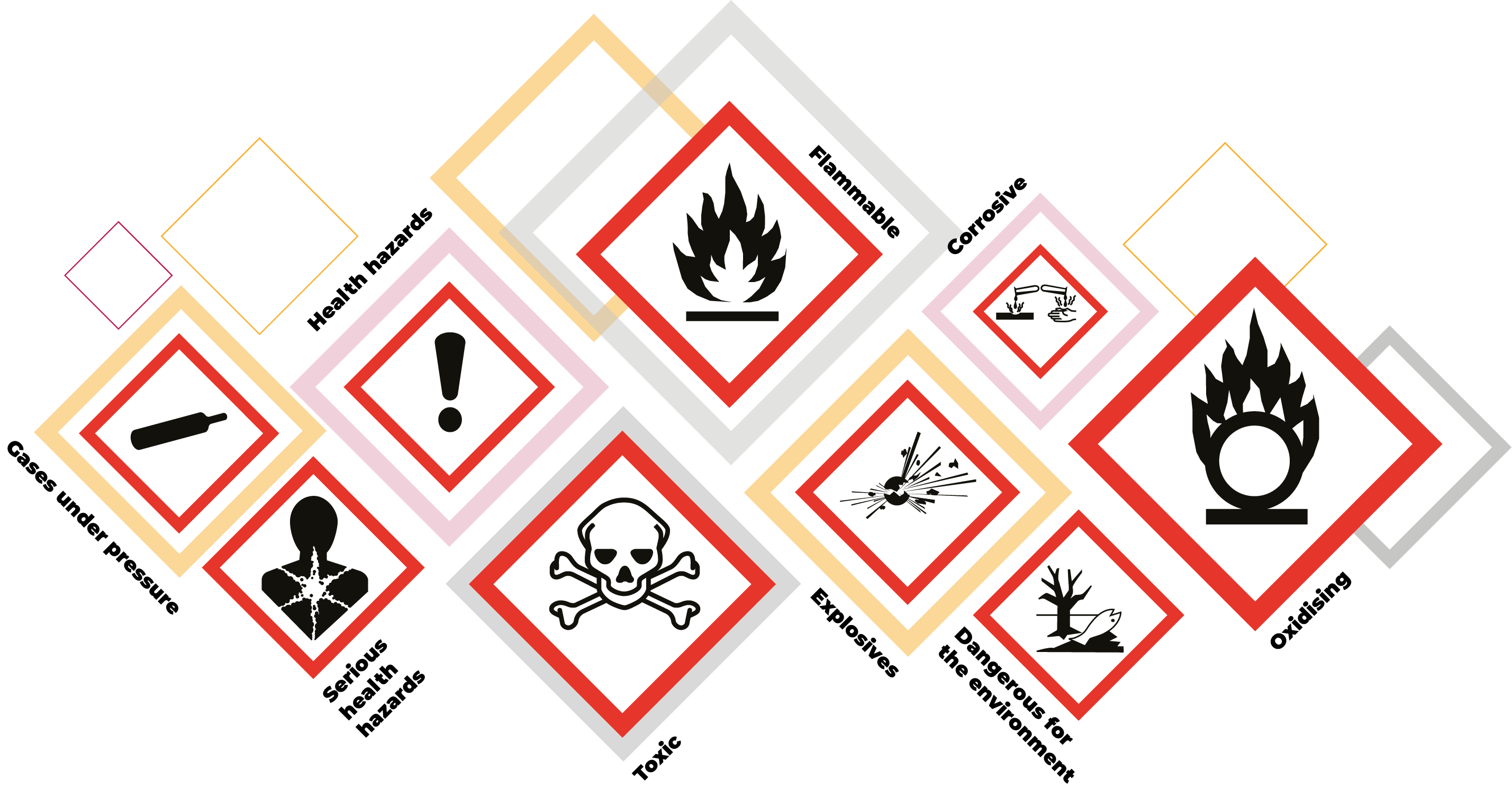 What are the differences between the COSHH symbols?

Knowing the differences between the relevant COSHH symbols will help your business stay compliant whilst also keeping workers safe. COSHH stands for the Control of Substances Hazardous to Health and attempts to provide regulatory structure for the control of dangerous substances. Some of the notable COSHH substances include fumes, pesticides, dust, and petrol.

Explosives are defined as chemicals, substances, and any workplace occurrence that may cause an explosion. The symbol represents an exploding bomb. It has a variety of associations with it:

This symbol refers to any flammable chemicals or other substances that ignite on contact with air, a small ignition source, has a low flash point or can evolve highly flammable gases when in contact with water. The symbol is a large open flame.

Oxidising covers chemicals that in their preparation, can lead to a dangerous reaction with other chemicals. The symbol for this COSHH hazard is a flame over a circle.

The corrosive symbol is used to warn against chemicals that may damage living tissue on contact. The image shows a chemical spill causing the corrosion of a hand a surface material.

The toxic symbol represents chemicals that can cause a lot of damage even in low and very low quantities. The symbol is of a skull and crossbones.

The symbol represents serious long term threats to health. The picture in the sign shows a person with internal damage)

Dangerous for the environment (Symbol: a dead tree and dead fish)

This COSHH symbol represents the risk of substances that may cause serious damage, either immediate or long term to multiple components of an environment. The symbol shows a dead tree alongside a dead fish.

What substances are covered under COSHH?

The COSHH symbols are important when it comes to signifying where certain substances are present that are hazardous to health. Whilst many substances are covered by COSHH others, such as Asbestos are not applicable. Here are the substances that are applicable to COSHH under the HSE Executive:

Why is knowing what the COSHH symbols mean important in health and safety?

Knowing the COSHH symbols is crucial to ensure you and your employees are properly informed on the relevant dangers of their workplace. These new symbols replace some of the older orange ones which were active until 2017. Good knowledge of the new COSHH symbols will help you stay compliant with health and safety regulations and reduce the number of incidents that occur in your workplaces.

In addition to knowledge of what the COSHH symbols mean, you should also be comfortable filling out a COSHH risk assessment and have a basic understanding of the COSHH regulations themselves.

If you want to stay up to date with some of the latest information on COSHH and other pieces of health and safety legislation then make sure you are following the HSE Network on LinkedIn. We regularly release updates on new articles, videos and podcasts around all subjects in health and safety.

RealWear and Westbase.io on Assisted Reality in Health and Safety