The Health and Safety Executive is launching a prosecution against two companies after a wall collapse left 5 dead and 1 seriously injured at a site in Birmingham.

Workers killed were working in a recycling plant

The accident is being looked at in a joint investigation by the Health and Safety Executive and West Midlands Police. The first court hearing is yet to be confirmed. Annual findings have also shown that there have been 5 fatal injuries to workers within the waste recycling industry in 2019-2020.

The accident comes in an industry that whilst small in terms of employment in the UK, has an annual average fatality rate around 18 times higher than the all-industry rate in the country. The published findings on the waste industry by the HSE Executive show that there is still a long way to go in the profession.

“HSE confirmed at the inquest:-

In November 2018 there was an inquest where a conclusion of accidental death was recorded. The families of the 5 workers rejected the outcome as they believe they were unlawfully killed. (A side note: in view of the Supreme Court decision in November an unlawful killing conclusion would now be more achievable as the standard of proof has been lowered to that on the balance of probabilities, in the case of R v Maughan).

Ensco 10101 and Hawkeswood Metal Recycling Limited are both charged with breaches under s2(1) and s3(1) of the HSWA 1974. It has been reported that two individuals will also be prosecuted but it is not known for what offences. If these individuals are in senior positions a prosecution will follow pursuant to s37 (through their consent, connivance or attributable by their neglect caused the body corporate to commit an offence). Alternatively, if the individuals are site supervisors, foreman or employees they may be prosecuted under s7 HSWA (duty of reasonable care towards other employees).

Until the case summary is shared by the HSE of the facts it is unclear what the HSE’s submissions on sentence will be. It is likely the HSE will allege High Culpability and Harm category 1 in the Sentencing Council’s guidelines. The organisations will face substantial fines (although may be financial constraint arguments due to Covid-19 which may reduce these) and the individuals could in the worst-case scenario face a custodial sentence or have this sentence suspended alongside a community order.”

Paul Verrico is a new addition to the HSE Network content ambassador team and provides legal insight for our news articles. Paul specialised in safety management through his legal work in the EHS team at Eversheds Sutherland. 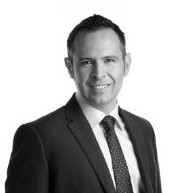 Implementing a Fleet Strategy to Support Safety and Sustainability | eDriving

Why you need to control the triple threat of Distraction, Speeding, Fatigue in your fleet | eDriving

Diabetes awareness week and the need for a safety focus

Podcast Round-Up: The HSE Network Podcast in May

3 ways to improve your health and safety communication